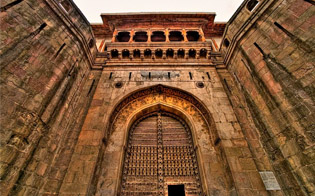 With nearly 6.2 billion foreign visitors, India has been recognized as the 10th most visited country in the Asia. This number is growing more than ever and is expected to reach 7-8 billion till 2020.

Pune is the bustling city in India and is entitled as cultural capital of Maharashtra. It is one of the most famous places in the country and is a popular tourism attraction for tourists across the globe. The metropolis situated in Maharashtra is a vibrant and thriving destination with a baffling mix of history, culture, spirituality and modernization that exemplifies ‘New India'.

Punelocated at 18° 31' 22.45" North 73° 52' 32.69"lies on the western brink of Deccan Plateau converging two rivers Mula and Mutha, tributaries of Bhima. The city is situated on the leeway of the Western Ghats and Sahyadri Ranges in the state of Maharashtra.

Pune city is located on the Western Ghats encircling Lonavala and Khandala, popular weekend destinations in India. The city steers you through the intrinsic and artistic pre-medieval era with Ajanta and Ellora Caves.

In 18 th century this beautiful city raised into prominence as the center of power of the Peshwas, the ministers of the Maratha Empire. It was the first capital of the Maratha Empire and depicts the rich cultural colours of the Maratha Folk. Pune city is also well-known for other cultural activities like theatre, classical music, literature and spirituality. It encircles eminent heritage and pilgrimage sites.

Overall Pune city experiences tropical wet and dry climate with average temperature ranging from 200o C to 300 oC. The ideal time to visit the city is from October- February. During this time climate is cool, pleasant and perfect for sightseeing.

The summer season starts in March and ends in June. During summer climate is hot and the temperature soars to 420 o C.

Pune city witnesses monsoon season from July to September. This season generally offers respite from the hot and dry summer.

The city experiences winter season from November to February. Usually city witnesses’ minimum temperature of 80 o C and most tourists prefer to visit Pune during this time.

Along with the cultural background, Pune has also emerged as an educational hub of the country due to the presence of renowned institutions in the city.The city also flourishes with automobile and manufacturing industries with India’s major IT hub.

With growing number of rocking pubs, bars and clubs, night life in Pune has seriously become exciting. Pune has managed to preserve its culture in a very authentic way. Along with historical monuments and holy places, night freaks can surely find the best place to relax or put the dancing shoes on. Pune has a thriving nightlife and is one of thebest places for party lovers.

Places to visit in Pune